A glance at our history 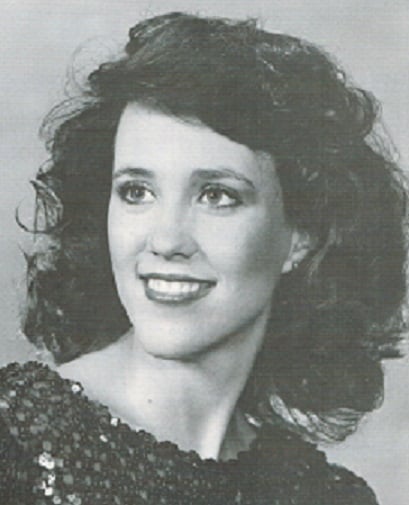 The Miss Gastonia program has been around for at least 75 years, and perhaps even longer.  Winners have been confirmed as far back as 1944 when 19-year-old Virginia Huffstetler was crowned Miss Gastonia, but the pageant may have taken place in the late 1930s and early 1940s.

Information about our history has been taken from library archives, newspaper articles, and program books.  One newspaper article indicates that Gastonia was the host city for the Miss North Carolina pageant in 1944 and 1945.  The pageant was held at the Gastonia Armory with Miss Gastonia crowned on Friday night, and she then competed on Saturday night for the Miss North Carolina title.  The 1944 state pageant was to be held in Wilson, but last-minute changes moved it to Gastonia.

Winners from 1949 to 1957 are unknown, and it is believed that the pageant was not held.  During the 1950s, several young women were appointed Miss Gastonia beautification queens to reign over the city's annual clean-up campaign, but there isn't any indication that the women represented Gastonia in the Miss North Carolina pageant.

While there has never been a Miss Gastonia to become Miss North Carolina, there have been a number of top 10 finalists, runners-up, and competition-related award winners at the state pageant.

The Gastonia Jaycees directed the pageant for many years before deciding to end their sponsorship in 1982.  Larry and Delores Cox established a pageant association independent of the Jaycees and held their first pageant in 1983.  Delores assumed the duties of executive director in 1986 upon her husband's death and still serves in that role today.

In 2017, our program began producing the annual Miss Mount Holly competition.  Our first winner – Allison Farris – won a preliminary talent award at Miss North Carolina and was a top five finalist.  She went on to be crowned Miss District of Columbia 2018 and finished in the top 10 at Miss America.  Click here for an article about Allison's journey to Miss America.

In March 2020, the coronavirus pandemic hit, and many appearances and activities had to be canceled, including the 2020 Miss North Carolina and Miss North Carolina's Outstanding Teen competitions.  It was decided that the 2020 local titleholders would be given the opportunity to continue their reign beyond the typical year of service and compete for Miss North Carolina in June 2021.  With the 2020 titleholders continuing to reign, the "2021 Miss Gastonia Scholarship Pageant" was not held -- it was the first time in six decades that a year has gone by without the staging of the annual pageant competition.

Anyone with information about the history of the Miss Gastonia program should send an e-mail to missgastoniapageant@gmail.com.