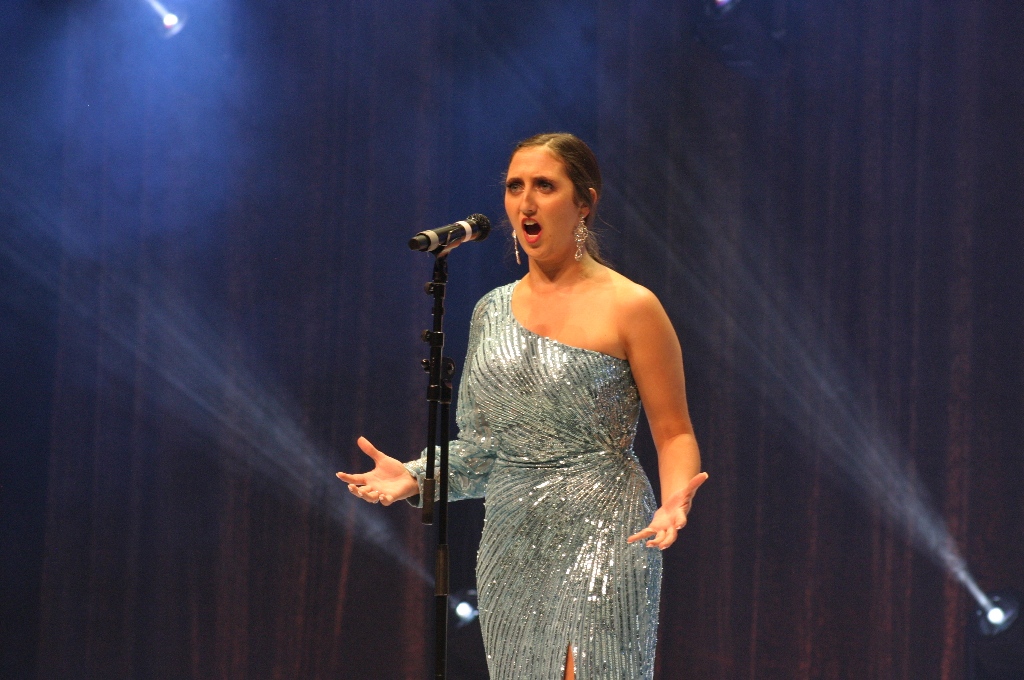 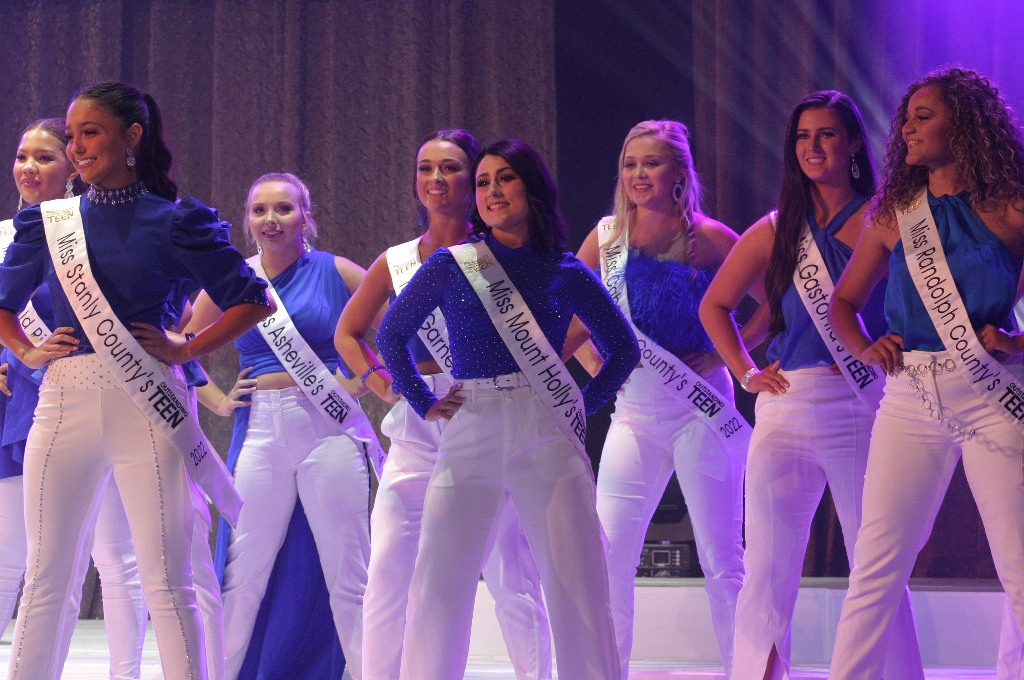 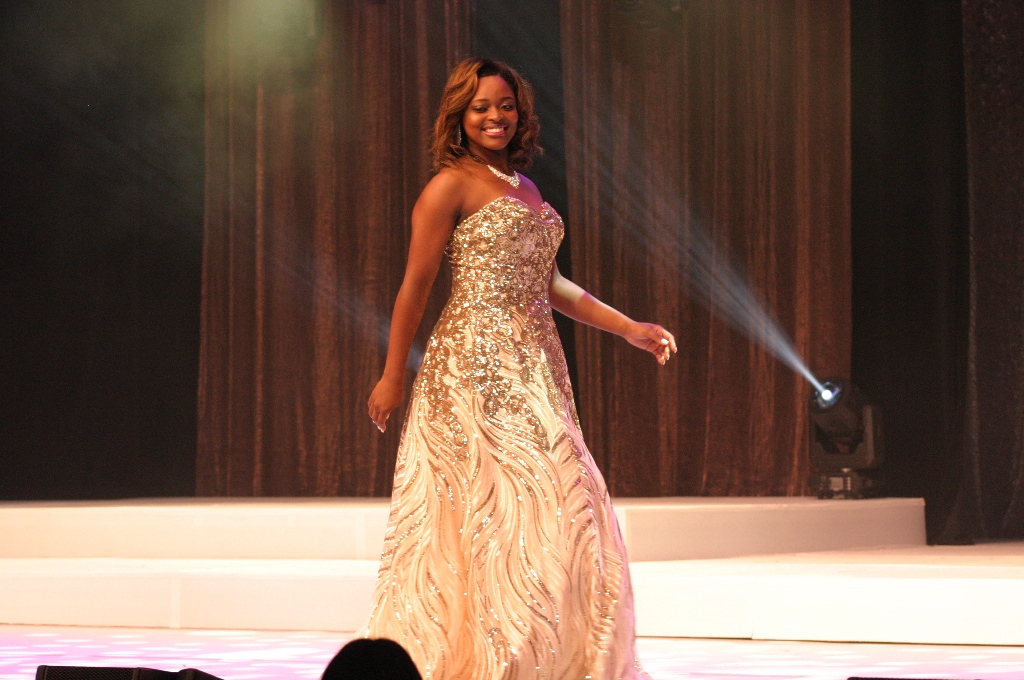 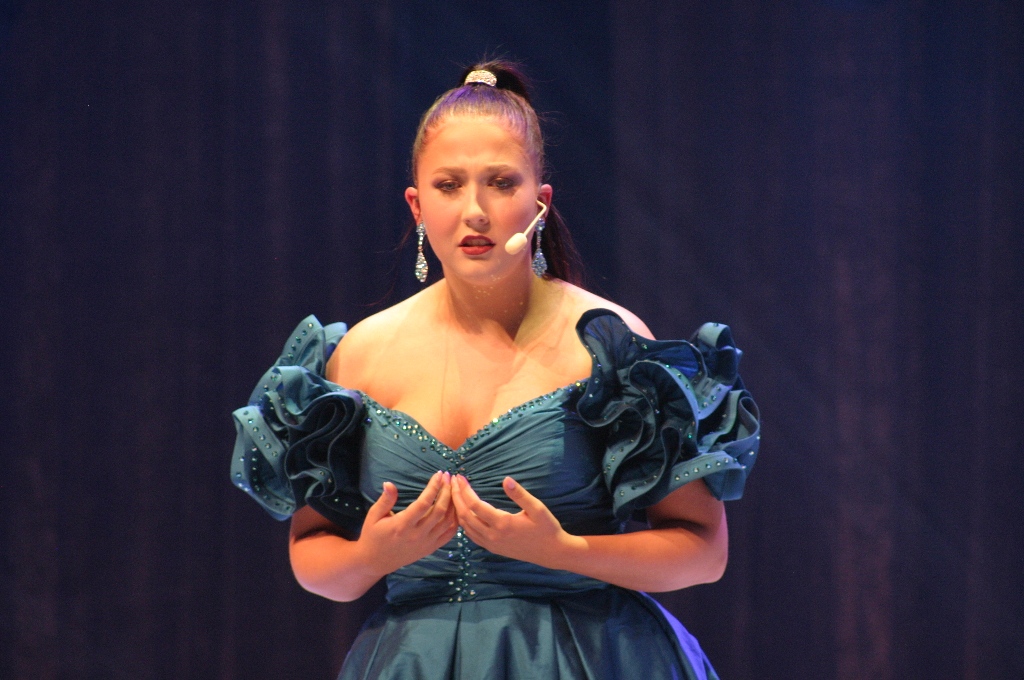 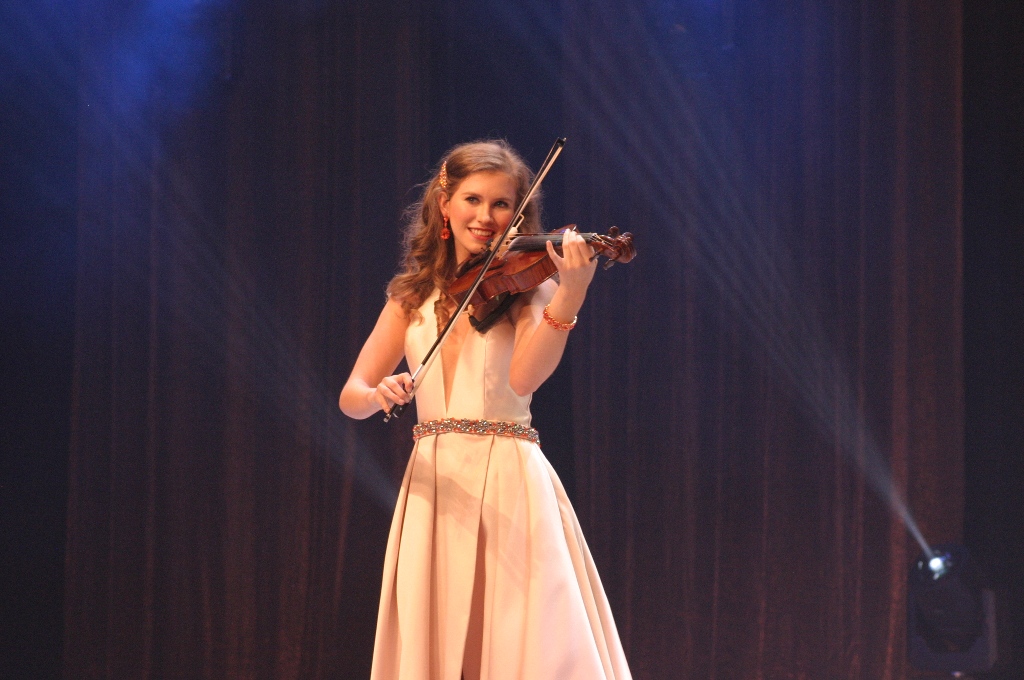 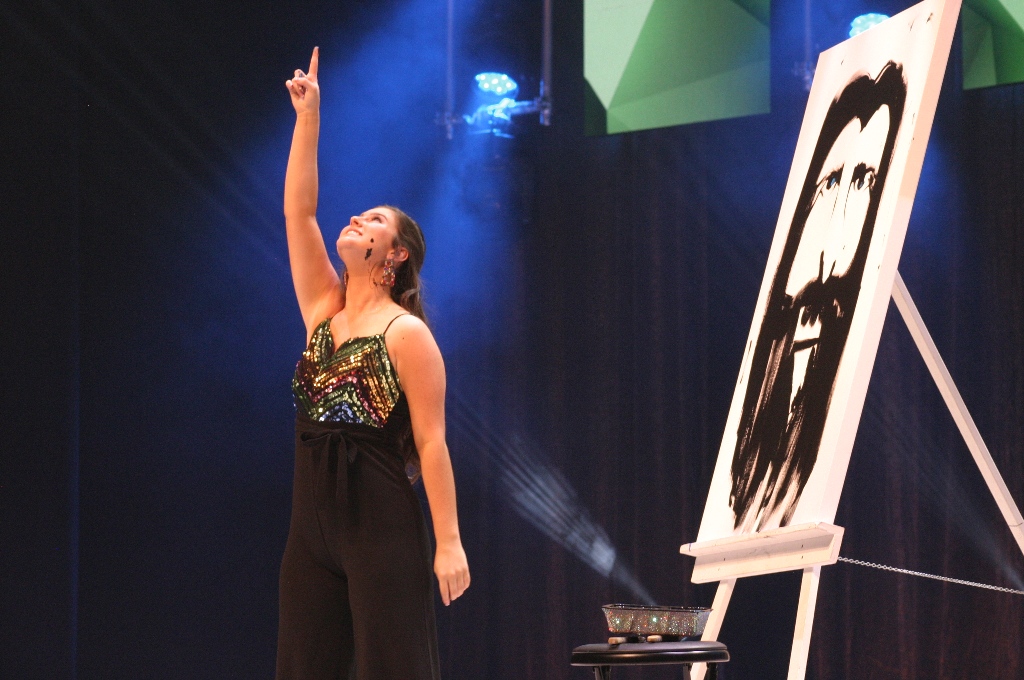 Beam, a graduate of Lenoir-Rhyne University with a degree in voice performance and sacred music, sang the “Queen of the Night” aria from Mozart’s “The Magic Flute” for the talent portion of pageant, which was held June 23-25 at the High Point Theatre.  Thirty contestants competed for the Miss North Carolina title with Miss Metrolina Karolyn Martin of Charlotte winning the crown.

Beam topped the 14 other contestants in her competition group to win the most talented honor.  She also earned the non-finalist talent award, which is given to the contestant with the highest talent score among the contestants not advancing to final round of the pageant.  The two awards resulted in Beam taking home an additional $1,500 in scholarship money.

“I got involved in the pageant with one goal in mind – to sing ‘Queen of the Night’ on the Miss North Carolina stage,” said Beam.  “I am very grateful that my performance was deemed worthy enough of a talent award.  In addition to being able to perform at Miss North Carolina, I had the opportunity to meet young women from across the state who are some of the strongest, smartest, and most talented people I have ever met.  I had so much fun getting to know them, and I walked away from the pageant with a new sense of empowerment.  It was an amazing experience.”

Beam was one of six young women who represented the Gaston County area in the state pageant.  The other local contestants included:

▪ Miss Gastonia Sharidan Costner, who performed a tap dance to “Sugar, Sugar” for the talent competition.  Costner is a graduate of Forestview High School and a student at Winston-Salem State University majoring in exercise science.

▪ Miss Mount Holly Andersen Raines, who presented a monologue titled “No Release” for the talent competition.  Raines is a graduate of Appalachian State University with a degree in marketing, hospitality, and tourism management.

▪ Miss Mount Holly’s Outstanding Teen Zoe Gambino, who performed “Fly Me to the Moon” on the clarinet for the talent competition.  Gambino is a student at East Gaston High School.

▪ Miss Gastonia’s Outstanding Teen Lorelei Elberson, who conducted a speed painting demonstration for the talent competition to the song, “Who You Say I Am.”

Local teacher is a runner-up

Julia DeSerio, a former Miss Gastonia who competed this year as Miss Sandhills, was the second runner-up.  She earned a $5,000 scholarship for her third-place finish in addition to other scholarships that were presented prior to the state competition.  During her time vying for Miss North Carolina, DeSerio collected more than $21,000 in scholarship money.

DeSerio is the chorus and piano teacher at Crest Middle School in Shelby.  Prior to moving to Shelby, she did her student teaching in Gaston County Schools and taught music at Chapel Grove and Lingerfeldt elementary schools.

Because of the COVID-19 pandemic, DeSerio is the longest-serving Miss Gastonia with her reign beginning in November 2019 and ending in January 2022.  The state pageant in 2020 was canceled, which postponed her chance of first competing in the Miss North Carolina pageant until 2021.  She was a top 10 finalist last year as Miss Gastonia.

The Gastonia/Gaston County/Mount Holly program is the only “triple crown” in the Miss North Carolina system that gives young women three chances to win by entering one pageant.  The pageant also is the only local program to make available more than $218,000 in cash and in-kind scholarships available to contestants.  Last year, in-kind scholarships were provided by Gaston College, Belmont Abbey College, Gardner-Webb University, and Paul Mitchell – The School in Gastonia.  Cash scholarships were provided by Toyota of Gastonia, Hagans Real Estate in Kings Mountain, and the City of Mount Holly.

Parker Webb served as a judge for the Outstanding Teen portion of the competition.  Although Webb is from the High Point area, he spent plenty of time in Cherryville visiting his grandparents and other family members.  He sang previously with the Rick Webb Family group that is led by his parents, Rick and Phyllis.  Now, he is half of the duet known as Guilford, sharing the microphone with his sister, Hannah, who served as Miss Gaston County in 2013.

Karolyn Martin, who won the Miss North Carolina crown, will tour the state promoting her community service that brings attention to the importance of nutrition, healthy living, and taking the focus off of physical appearance.  She also will get ready to compete for the Miss America title in December.  Kerrigan Brown of Spivey’s Corner, who won the title of Miss North Carolina’s Outstanding Teen, will represent the state in Dallas, Texas at the Miss America’s Outstanding Teen competition in August.

For Gaston’s six queens, they will continue making appearances and being involved in community service until they crown their successor later this year.  Organizers will be meeting soon to plan for the 2023 Miss Gastonia/Miss Gaston County/Miss Mount Holly and Outstanding Teen competition, which will be held before Christmas although a date has not been set.  Young women ages 13-26 are eligible to compete, and more information about entering will be posted on the Miss Gastonia website and Facebook page in September.

This article appeared in the July 7, 2022 edition of the Belmont Banner-News and Cherryville Eagle.